Barry Bishop is a legendary artist from Washington, DC who’s early works in DC’s streetwear scene (’87) made him a major influence – having created a number of the foundational designs that set the tone and direction for DC’s famed Madness Connection, which inspired him to start his own groundbreaking line B-Man Apparel.

Bishop is also an esteemed portrait artist, via his signature style of black and white, and his new show, Barry Bishop The Creative – Original Paintings and Prints, will open on Saturday December 7th, at the Brookland Artspace Lofts.

I got a chance to talk to Barry to learn more about his past and how its influencing his present and future.

The Co-Founders of SHAOLIN JAZZ on Full Service Radio 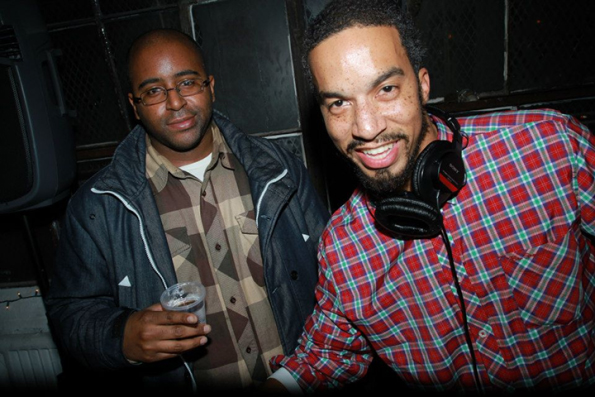 Jack Inslee of Full Service Radio got a chance to interview SHAOLIN JAZZ co-founders Gerald Watson and DJ 2-Tone Jones who discuss the origins of the company and what they’ve got lined up. 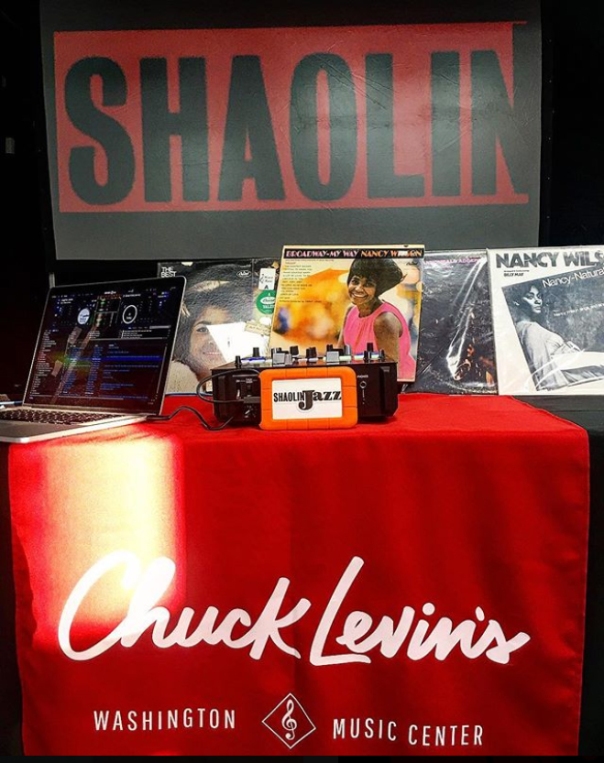 A few months ago we decided to conduct a media-only listening session for our Sweet Nancy from Shaolin album, with goals of creating a platform for 2-Tone to wax-poetic about the making of the project while at the same time giving attendees a true (hip-hop) heads experience.

We brought in notable music journalist Marcus K Dowling (Complex, Pitchfork, VICE) who expertly led the conversation between he and 2-Tone allowing 2-Tone to delve deep into the stories and various nuances of the making of specific tracks which culminated into the making of our best SHAOLIN JAZZ album to date.

Thanks to Marcus K Dowling for setting the conversation and tone, props to Chuck Levin’s for allowing us to use their studio for the session – the sound design helped to punctuate the experience, much appreciated to Calabash Tea & Tonic, Stella’s PopKern, Bjorn’s Bakes, Hero Heads Clothing, and Red Bull for providing beverages, bites, and apparel to fuel the vibe, and, of course, big shouts to everyone who attended.

END_OF_DOCUMENT_TOKEN_TO_BE_REPLACED 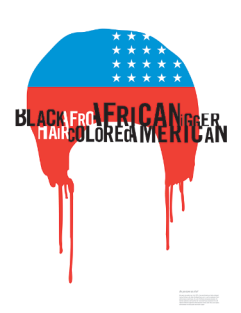 The kid found peace of mind when he was learning, investigating and creating. He felt especially at peace when he drew, learned about how things worked, or played basketball. His penchant for creativity reached a zenith when he took apart his father’s expensive watch to learn how the inside worked. Of course, he also planned to put it back together, but as you can probably imagine, his father kind of stopped the whole operation before that happened…  For the entire read click END_OF_DOCUMENT_TOKEN_TO_BE_REPLACED 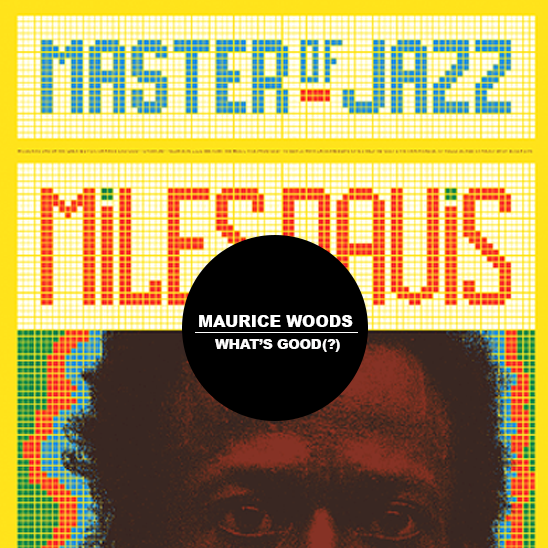 In our 5th edition of WHAT’S GOOD(?), which drops on 5.30.18, we highlight Maurice Woods, a graphic designer who uses different mediums to capture his vision including the use of jazz and hip-hop.  Woods, who’s clients include Nike, established a nonprofit in 2004 called @InneractProject which brings graphic design education to under-served communities.

Visit shaolinjazz.com for the full read which drops on 5.30.18. 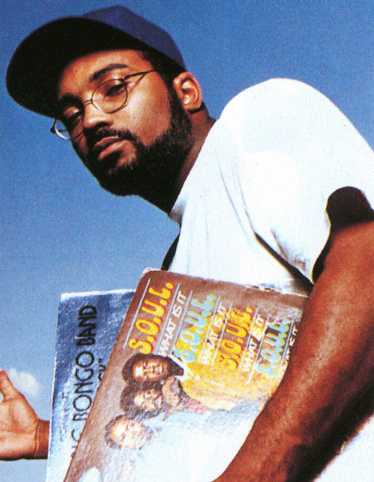 For those in the know, Large Professor’s name rings bells.  He’s the producer responsible for introducing Nas to the world, has had a hand in countless classics, including Let The Rhythm Hit ‘Em by Eric B. & Rakim, Mecca & The Soul Brother from Pete Rock & CL Smooth, & Illmatic.

In this exclusive interview with SHAOLIN JAZZ (conducted by Myk Blauuw), he talks about his creative process, what it takes for a young artist to catch his attention, unreleased Nas demos, and a secret super producer group chat he’s in with other legends like Questlove. 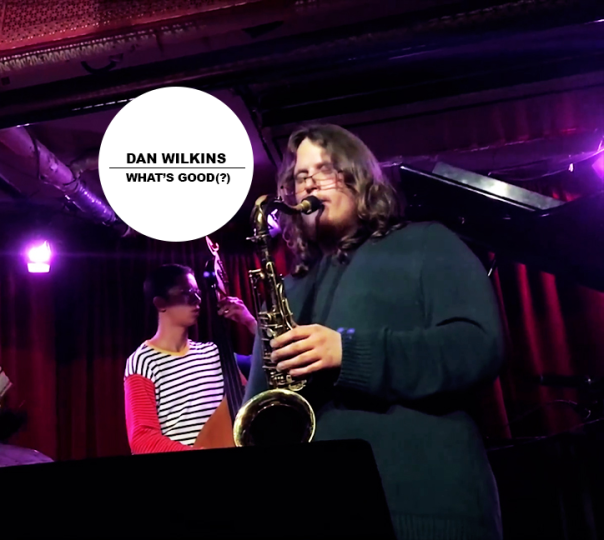 If you were to see the titles Transfigured, Ebb and Flow, Of Distant Lands, Unraveled, and Soar, you might think you were about to read the treatises of a world explorer, Buddhist monk, or mystic poet. Although he may have certain qualities from each, Lehigh Valley, PA native Dan Wilkins is first and foremost a jazz artist; an accomplished saxophonist, composer, bandleader, and educator.  His influences range from Dexter Gordon to Pujyashri Deepakbhai Desai, for example.  Wilkins’ sound is like a breath of fresh, cold air which carries the distant majesty of ancient, candle-lit castles; his melodies speak like noble tales of warriors and pilgrims, ever on a journey. 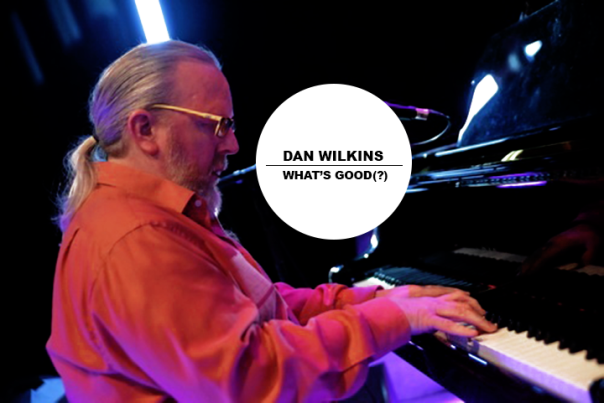 Welcome to the third edition of WHAT’S GOOD(?) – an editorial series where we interview and profile select influencers, innovators, and cultural purveyors who’s tastes and work are akin to ours.

In our third installment of WG(?) we highlight Dan Wilkins: jazz artist, accomplished saxophonist, composer, bandleader, and educator. His influences range from Dexter Gordon to Pujyashri Deepakbhai Desai.  Be sure to check back on Mon. Feb. 12th for the full drop.

While Hip-Hop has a long history of multi-talented artists – producers who rap, rappers who sing – few can claim a track record that includes heading a creative label, producing for Chris Brown, dancing on Justin Bieber’s world tour, as well as being a decorated martial artist, winning the 2001 US Open open forms competition.  Ru AREYOU is a Sacramento raised, Los Angeles based jack of all trades who’s honed his skills across these mediums for close to a decade & is seeing his audience grow tremendously over the past year.

SHAOLIN JAZZ (interview by Myk Blauuw) got a chance to speak with Ru AREYOU about his background, tour life, and what drives him creatively.

SJ: For the folks that don’t know you, can you give a little background on yourself? Who is Ru AREYOU? 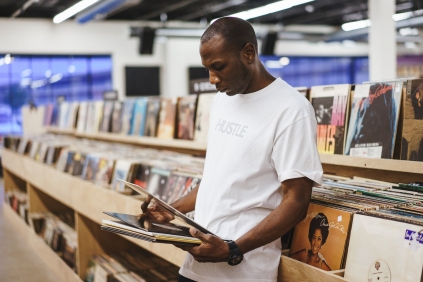 Hailing from Philadelphia, global DJ, cultural ambassador, and foodie (among many other hats), Skeme Richards has established himself as a connoisseur of cool for over 30 years.  Whether it was with his former imprint Hot Peas & Butta or his new venture Nostalgia King, Skeme is known globally as a tastemaker with roots in hip-hop, martial arts, and blaxploitation films.

As someone who’s been involved in the culture for so long, Skeme’s natural ability to connect people has allowed hi 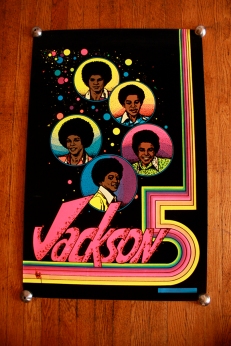 m to take advantage of the changing landscape that’s come with the spread of the internet and social media.  The self-proclaimed “pop culture preserver” says “I want to be the connector.  In the past, I feel like different scenes were so segregated.  I’m into 10 different things, so I want to connect people from those 10 different communities into one.”

With all of his ventures, his role as a DJ is still his bread and butter.  For example, he recently spun at the Marvel and Netflix collaboration, Marvel’s Luke Cage, an event that brought together the worlds of hip-hop and blaxploitation style television.  This is an extension of one of his most popular outlets, his all 45” vinyl parties originally known under Hot Peas & Butta.

SHAOLIN JAZZ (interview via Myk Blauuw) recently had a chance to talk to Skeme on his career and how he’s seen things change over the years, as well as his favorite burger (he recently started his hamburger reviews in a section, on his website Nostalgia King, called “The Drop – A Conversation Over Beef”) and the one record he’s still on the hunt for.

Check out more of our conversation by clicking here: END_OF_DOCUMENT_TOKEN_TO_BE_REPLACED