Gil Scott-Heron Gets His ‘Unsung’ Moment

I don’t know how long the link will be live but TV One just released the latest edition of their ‘Unsung ‘ series with a profile on musician, singer/songwriter, poet, author, and activist Gil Scott Heron.  Be sure to check out this very well done documentary, which is being hosted by okayplayer. by clicking here. 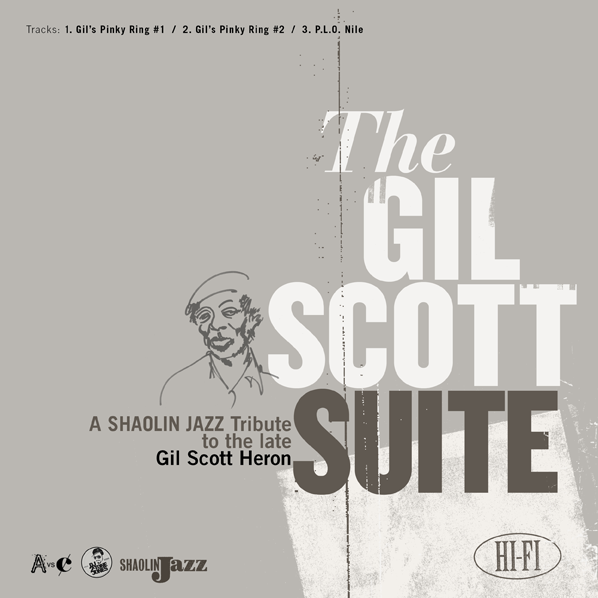 DJ 2-Tone Jones and I are proud to announce the latest musical installment of our SHAOLIN JAZZ project entitled The Gil Scott Suite, which is our tribute to the late Gil Scott Heron.  This capsule project, which is a three track EP, also features album cover art designed by Shamona Stokes, the winner of the SHAOLIN JAZZ – Album Cover Design Contest.

As with our first release, I’m going to keep this short, but the story behind this one is that I’m a big Gil Scott fan (since my teens) and I normally don’t “feel” anything when most artists, celebs, pass but when Gil Scott passed I definitely “felt” a since of loss (perhaps it was the hours listening to his work, that D.C. energy from his music, being cool with his son (actually didn’t know Gil Scott was his Father until years later), or seeing one his last shows in D.C. at Blues Alley) and I spoke to 2-Tone a day later about the idea of doing a SHAOLIN JAZZ – Gil Scott inspired track, and he was down.

What was originally supposed to be one track turned into three songs, as 2-Tone again caught that creative vibe, and so it was only right to also give the music a visual identity, so we reached out to Shamona to see if she’d be interested in creating a cover for the EP, which she straight-finessed…and, project complete.

Sad we lost another icon/creative force/prophet.  This dude’s music and lyrics really spoke to me.

END_OF_DOCUMENT_TOKEN_TO_BE_REPLACED 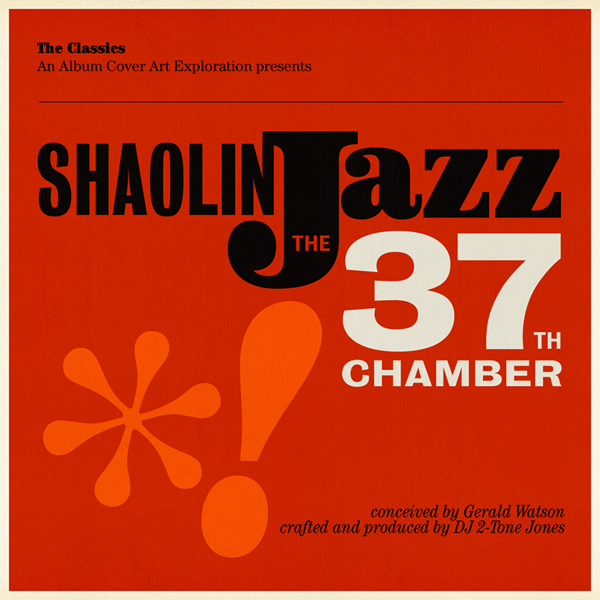 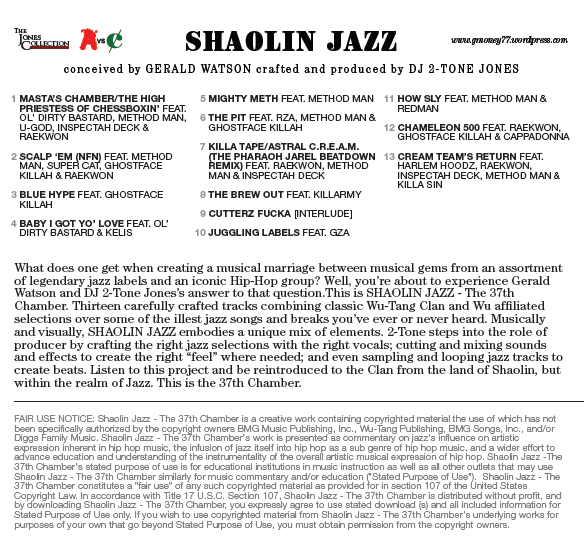 SHAOLIN JAZZ – The 37th Chamber.  The project is done and I’m not going to say much at all because 2-Tone and I want people to simply check the music: