CAN I KICK IT? – Kung Fu Flics + Classic Hip-Hop 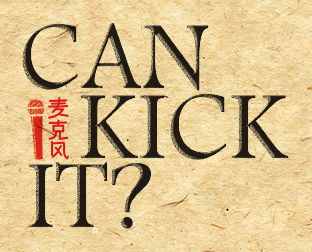 A few months back I talked to 2-Tone about the idea of doing a SHAOLIN JAZZ event series in DC, as all of our lectures, events, etc. take place outside of the DMV (which is where we’re based), and the idea of screening Kung-Fu flims and playing classic hip-hop came to mind.  Its a simple concept akin to all lovers of hip-hop and Kung-Fu flics – those week or weekend nights where everyone gathers at one friend’s crib to eat, watch, drink, listen, freestyle (not all in that order) and the idea of doing CAN I KICK IT? was birthed.

We’d been in search of a venue and Kat (Lil Soso Productions) approached me about doing a SHAOLIN JAZZ event to be apart of a series of events she was curating for a new DC spot called Cause and asked if we’d be down, so…

Join us for the launch of CAN I KICK IT? – a unique, monthly event series catered to lovers of Martial Arts flicks, the music inspired by the films, and everything else in between.  Starting Sunday December 8th (and taking place every 2nd Sunday thereafter) @ Cause, 5pm-9pm, CAN I KICK IT? will consist of two films being screened throughout the venue with attendees also enjoying a soundtrack of Hip-Hop, Funk, Soul and cinema soundbites mixed live by DJ 2-Tone Jones.  SHAOLIN JAZZ artwork and additional visuals on display as well.

To check out the film schedule and for additional visuals click 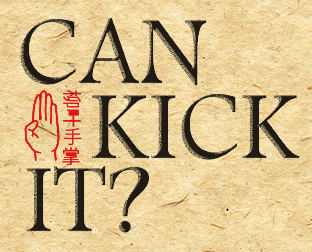 My name is Gerald Watson and I do lifestyle marketing for various companies/agencies. The purpose of this blog is to highlight the people I work with, the work I do as well as the shit I see on the regular.
View all posts by gmoney77 »